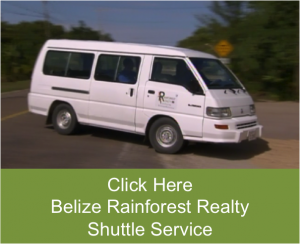 By Yvette Dalton Posted in Belize Articles on Jun 15, 2016

In attendance for this event was guest from Canada, the United States and people from all over the country of Belize. With over 100 people in attendance the event was a wonderful day of fellowship, personal development learning, dinner and entertainment.

This significant event was lead by the Master of Ceremonies Javier Gutierrez. The Grand Opening Event kicked off with the Children of the Cayo Music School, lead by Catharine DeRenzis, playing the Belize National Anthem Land of the Free and following with another song Ding Ding Walla Walla. The children did an amazing job and really kicked the event off with a wonderful performance. 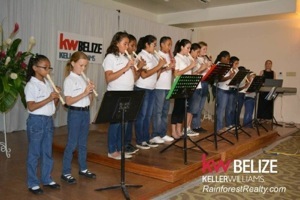 Following the Cayo Music School Performance, Don Hector Silva addressed the audience with his amazing stories about Belizean history and facts about the country. For the audience Mr. Silva enlighten all about things unknown to most as he being actually present during the events of his stories made them come to life for all listening. 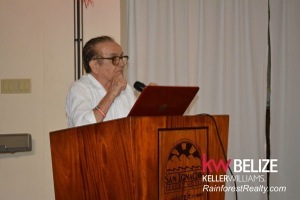 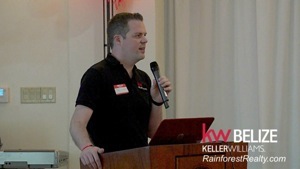 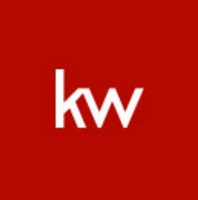 To be the Real Estate COMPANY OF CHOICE

To build CAREERS worth having,

and LIVES worth living. 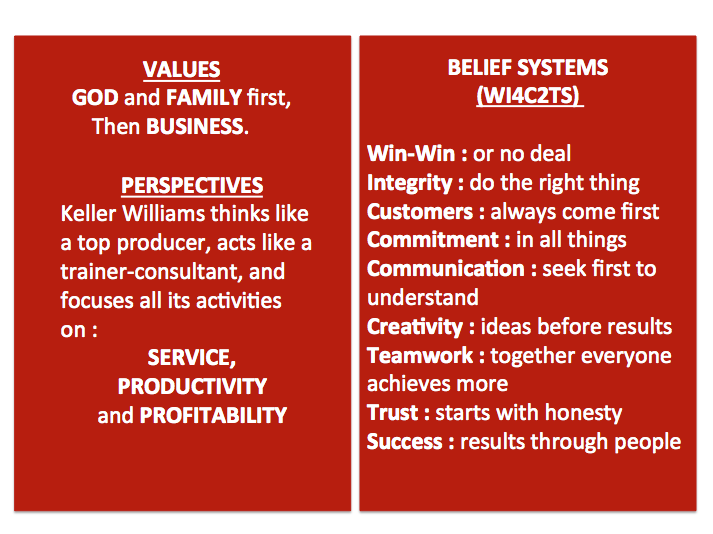 Other speakers of the event included Diane Griffin of Grand Rapids Michigan who spoke about the history of Keller Williams and her personal experience with Keller Williams Realty. Diane is on Gary Kellers’, TOP 100 realtors list of the entire company and is very successful with her Griffin Properties Team. 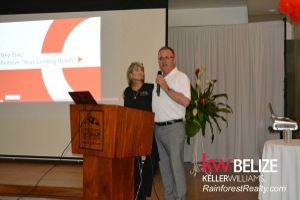 True to Keller Williams values of Education and Training, Steve Paxton and Shari Harris both of Baltimore Maryland Keller Williams Metropolitan Realty, taught the KW class called the 6 Personal Perspectives. This class details the principles of success in any business whether it be a small or large business.

The feedback from the attendees of the event was extremely positive and some spoke about how they thought they could use the new information from the class as they move forward with their personal goals and objectives. 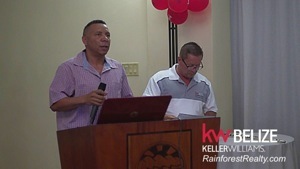 The evening continued with a wonderful cocktail party where all were able to get to know each other and listen to the beautiful music of the famous Flute player Pablo Collado. The San Ignacio Hotel put on a wonderful event with beautiful decorations for the dinner event that followed the cocktail party.

The Mayor delivers the Prayer before Dinner

The dinner event began with an opening prayer from our Twin Towns Mayor, Mr. Earl Trapp. The evening also included music from Catharine DeRenzis and Pablo Collado along with the Garifuna Dancers and Drummers who performed the final entertainment of the evening with an amazing display of traditional dance and drumming. Master of Ceremonies Javier Gutierrez showed his drumming talent by sitting down with the drum line for a traditional beat.

Also during dinner a 50/50 raffle was held to support the community service event called REDDAY. The REDDAY event scheduled for the following Sunday morning was held at the Macal River Park in Downtown San Ignacio. The Keller Williams Belize Realtors and volunteers painted the park for the children and families of the community. To learn more about this event and view the photo album click REDDAY.

Lots of Food and Fun!

The event was a grand celebration with lots of food and fun that extended into the evening hours. Many of the guest stayed until the final dance was complete by the amazing dancers and drummers. There was lots of fellowship with friends and family as well as people making new friends in the community.

There are hundreds of photos of the event in the albums below. Have fun and enjoy all the photos where you too can witness the great time had by all in attendance.

We also want to thank all the people and businesses who came together to make this Grand Opening Event such a wonderful gathering.

Yvette is certified through the National Association of Realtors as a Certified International Property Specialist, Accredited Buyers Representative & Resort and Second Home Property Specialist. Yvette has authored several publications on International Living and International Real Estate. She works with Keller Williams Belize Team Rainforest Realty to help people from all over the world purchase Belize Real Estate, invest in a second home or investment property in Belize or help individuals and families who choose to make the move to Belize. Yvette enjoys helping people take their next step toward their dreams of living and investing in Belize Central America.