The Belize Zoo houses the animals of Belize Central America. All the animals are rescue animals taken in to rehabilitate and release if possible or live out their lives at the zoo. These animals now educate the many visitors that come to the zoo on the animals and eco environments of Belize.

View a video of Sharon Matola (Belize Zoo Founder) and Macarena Rose (Owner of Rainforest Realty and Belize Talk Radio Host) here discussing the amazing Belize Zoo. See the Tapir in this video which is commonly called the “Mountain Cow” of Belize. The Tapir is the National Animal of Belize.

This Zoo was started in the 1980s when Sharon Matola, the zoo’s founder, needed a home for Belize animals that were used in a documentary. She was given the responsibility of figuring out what to do with the animals once the documentary filming was complete. Since these animals were basically tame, it was not possible to release them back into the wild. Sharon found herself in a situation that required her to be creative. Since she cared so much for what happened to these amazing creatures, she found a way to save these animals. Her vision went further and developed over time and she discovered the way these animals could add value to the world by creating the zoo in Belize.

The Belize Zoo now welcomes thousands of visitors each year. Sharon has developed the zoo in a wonderful education center for tourist of Belize and the local Belizeans. Before she created the zoo, most Belizeans had never seen up close the animals of their own country. There was also folklore about the animals that endangered them through misunderstanding of the actual facts about the animals and their behaviors. Sharon and her team at the Belize Zoo over the years has added programs to the zoo that helps educate people on these animals, their traits, and their habitats to combat the folklore that further endangers these animals of Belize.

Additionally, Sharon welcomes interns from different countries to come to the zoo and experience these animals first hand. This extends the educational reach of the zoo to many people world-wide and many biological and zoology programs all over the world. The Belize Zoo operates off of donations and is a labor of love for Sharon Matola and her team. 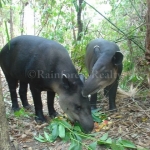 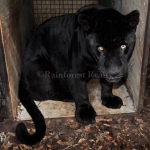 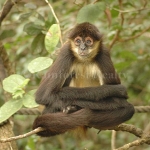 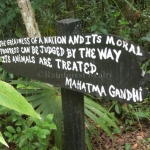